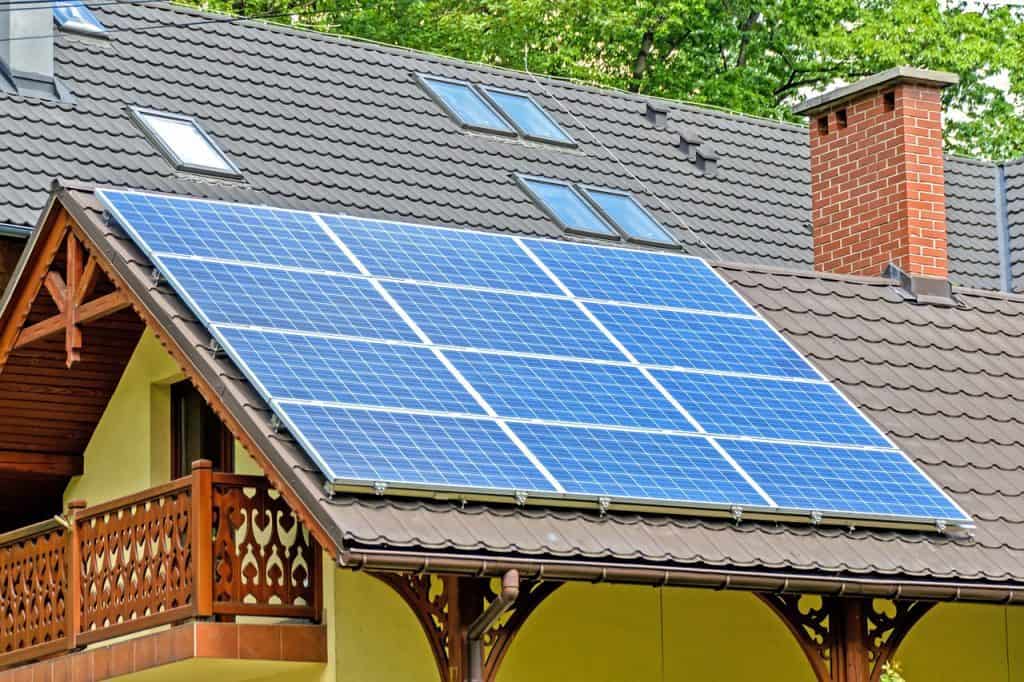 From 2020, new homes in California will have to be equipped with solar panels. It is the first U.S. state to require all newly built homes to use solar energy. This rule applies to all houses of three floors or less as part of the fight against climate change.

However, this does not mean that existing or to be renovated dwellings cannot contribute to the protection of the environment.

By making efficient and effective use of energy, homes produce less carbon emissions, reducing their negative impact on the environment.

A few years ago, the prices of solar panels were exorbitant, making it expensive to install them to produce electricity.

Improved technology, increased efficiency and government incentives have made solar panels more affordable. According to a report by the National Renewable Energy Laboratory (NREL), the price per watt of solar energy has dropped by 27%.

More people can become involved in the installation of photovoltaic systems that are not only good for the environment, but also good for their wallets.

2. Free use of solar energy

The benefits of solar energy are considerable. Solar energy is a renewable energy source. In areas where the sun shines all year round, solar panels produce a good amount of energy.

Even in areas with little solar radiation due to cloud cover, it is advisable to invest in some form of solar energy.

It may not produce enough energy to meet the electricity needs of a standard house, but it can produce energy to heat water used for washing, bathing or cleaning.

Solar water heaters, for example, can cost more than standard water systems, but they offer significant savings in time. According to Energy.gov, this can reduce the energy costs of the boiler by 50%.

You also benefit from tax advantages from the government, which reduce the cost of the installation or initial investment.

In general, solar energy is an environmentally friendly form of energy that does not produce carbon dioxide emissions that are harmful to the earth’s ozone layer.

These include awnings that maximise space and preserve the aesthetics of roofs, and photovoltaic glass that can be attached to windows and outdoor furniture.

If you are lucky enough to live in an area where the wind is abundant, you can also use wind turbines as an energy source. In the United States 57,000 wind turbines with a total capacity of 97,960 MW are in operation.

According to the American Wind Energy Association (AWEA), it is the largest source of sustainable generation capacity in America. Wind energy generated 6.5 percent of the country’s electricity last year, enough to power 25 million homes.

Hydropower is another clean and renewable form of energy. However, not everyone will be able to live close to an energy source. But if you have a source of water in your house, you can divert the water and run it through the turbines to power your house.

4. Efficient use of conventional energy sources

The world remains dependent on traditional energy sources such as oil, gas, wood and coal. In areas where there is a lack of clean electricity generation, wood, coal and manure are mainly used for cooking and heating the house.

However, it is not viable and harmful to health because it emits toxic fumes. According to the World Health Organization (WHO), approximately 7 million people die each year from the effects of smoke inhalation and exposure to air pollution.

In the United States, most electricity is generated by coal (53 percent), natural gas (27 percent) and nuclear power plants (18 percent), according to the U.S. Energy Information Administration.

By lowering your thermostats for cooling or heating, you can significantly reduce your electricity bill. Disconnecting equipment when not in use can also reduce energy consumption.

Simple habits such as running dishwashers and washing machines only at full load, switching to low-energy lamps and using programmable thermostats can reduce costs.

Installing blinds, curtains and roller blinds will also help you to regulate the amount of sunlight entering your home during the hot months, keeping it cooler or warmer for longer periods of time.

5. Building airtight houses to save energy

Another energy-saving option is to build airtight houses. Leaks lead to considerable heat loss or moisture damage in the home. They can also lead to poor indoor air quality, which affects the health of residents.

Air leakage can also affect the structure of the house due to unwanted moisture.

A well insulated building keeps the house warm in winter and cool in summer to save energy. For example, the windows should be triple glazed for better energy efficiency.

Doors and windows must also be properly sealed to prevent heat loss and reduce humidity.

Existing dwellings can improve air leakage by sealing cracks and openings around window and door frames. The removal of weather influences from open doors and windows improves the insulation of the house.

To prevent air leakage, you can also use a foam expansion spray and cover the ventilation holes when not in use. The chimney silencers must be tightly closed when not in use.

The transition from traditional forms to renewable energy for new housing contributes to the protection and preservation of the environment. You also save money in the long term if you invest in sustainable energy.

At the same time, existing homes can make efficient use of energy and implement energy-saving tips to improve consumption, reduce bills, combat climate change and reduce pressure on non-renewable resources.